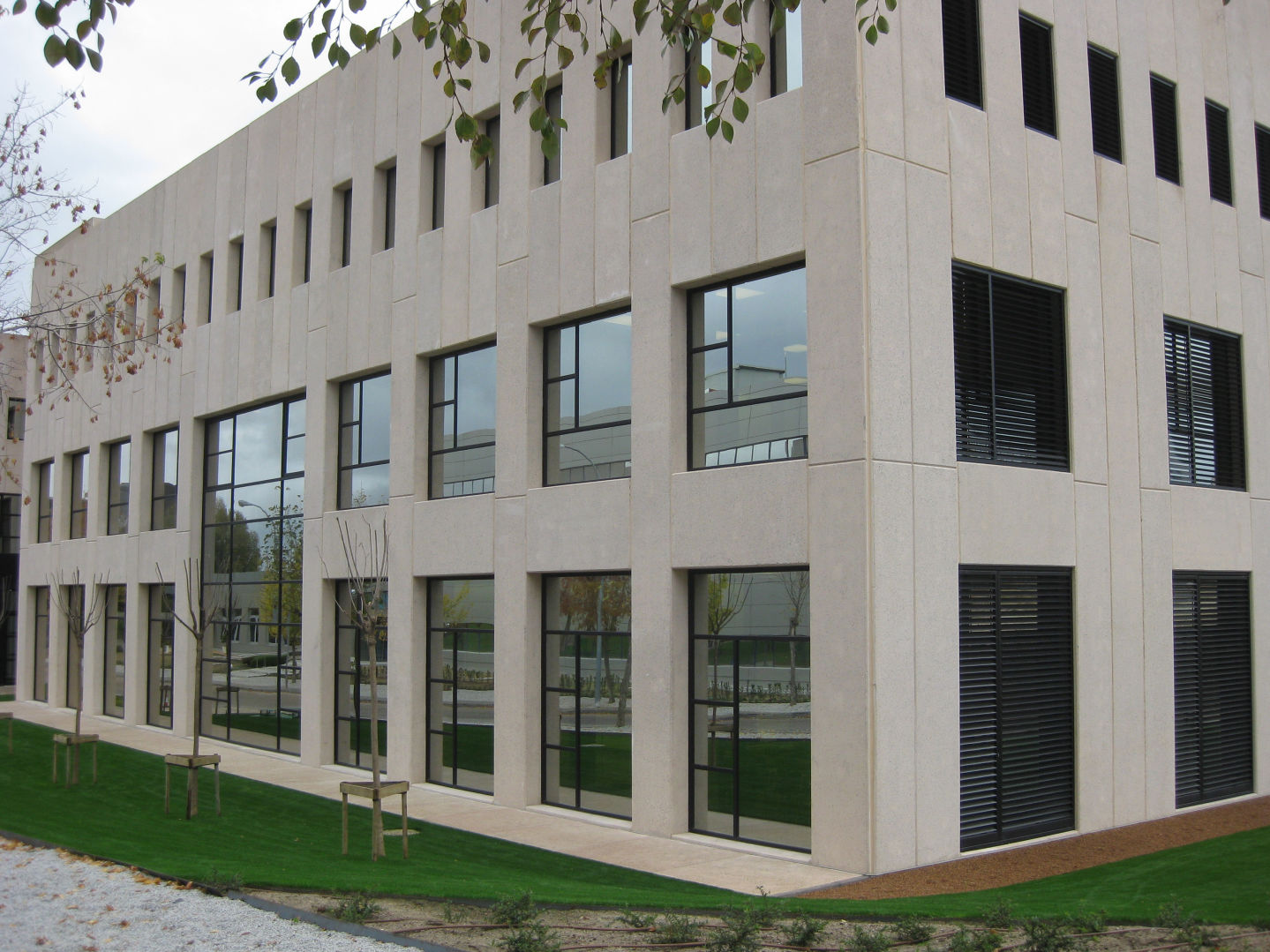 Peikko’s column shoe and hidden corbel systems were used for connecting prefabricated columns and beams in this significant office project. The new office building was integrated with SENER Engineering’s current complex in the Technology Park of Tres Cantos village in Madrid.

Peikko’s column shoe and hidden corbel systems were used for connecting prefabricated columns and beams in this significant office project. The new office building was integrated with SENER Engineering’s current complex in the Technology Park of Tres Cantos village in Madrid.

The new office building has a rectangular plan. It is approximately 20 metres wide and 34 metres long. It has three floors and a basement floor connected to the parking area of the complex. The whole structure of the building is made of precast concrete: columns, beams and exterior cladding panels.

SENER, which was founded in Spain more than 50 years ago,  is today an international reference in civil engineering and architecture, aerospace engineering, aeronautical and vehicle, actuation and control, power and process and naval engineering. It has more than 2,500 employees in thirteen offices around the world.

Artepref decided to use Peikko’s products in the project because they reduced the overall construction, material and labour costs. The system was easy to adapt to any type of structure, which provided security, speed and cleanliness at the building site.

Juan Moreno, Technical Director of Artepref, said he chose to use Peikko’s PCs® Corbel System because it gave the firm the opportunity to build slim floors with hidden corbels. “This is a very nice aesthetic and architectural solution for offices.” The system was also perfect for fulfilling the technical requirements imposed by SENER Engineering for the new building. “It was possible to avoid the traditional big concrete corbels, which take up more space and increase the total height of the building, for the same numbers of floors,” Moreno said.

The columns were produced and transported without corbels, which were placed in the exact position once the columns were assembled. The erection of the beams was easy, fast, safe and clean as there were vertical and horizontal tolerances for the corbels, and tolerance in longitudinal direction for the beams, Moreno added.

Both the floors and the roof of the building were made with pre-stressed concrete slabs, Artlum and Artplack types, originally patented by Artepref. The cladding of the building was made with precast concrete panels, in arid finish, in the same look and color as the rest of the complex of buildings in which it is integrated.

The structure of the building was designed with precast concrete columns of various sections, such as 50x50 cm, 50x60 cm and 60x70 cm rigidly connected at its base using Peikko HPKM® Column Shoe along with corresponding HPM® Anchor Bolts. Short anchor bolts type HPM® L were used in the connections to the foundation. Long anchor bolts type HPM®/P were used in the connections of the columns to the cast-in-situ wall and column-column connections.

The beams of the building are prefabricated and have inverted L and T sections. The PCs® Corbel (placed in the column) and PC® Beam Shoe (placed at the ends of the beam) have been used for hidden beam-column connections in the second and third floors of the building.

When using Peikko’s Hidden Corbel System, the torque effort existing in the isostatic beam-column connection has to be analyzed, and if needed, a system that absorbs this effort has to be used. There are several methods to do this. In this case, Peikko’s technical department designed a welding solution to be used between steel plates incorporated into the column and the beam.

According to Moreno, there were multiple benefits in using the Peikko column connections in the project. “It was quite easy to place the long bolts HPM® /P-type inside the wall and columns. The interference between Peikko bolts and reinforcement of the wall and columns was minimal. Besides, it was possible to reduce the section of the upper precast columns,” Moreno said and added: “The assembly process was faster and safer than traditional systems because it was not necessary to brace the columns, which in this particular project, would have been difficult and insecure.”

Peikko provided technical support for Artepref throughout the project. Peikko calculated all the PCs® Corbel connections and gave Artef support with calculations and high quality and well defined details. Peikko also visited the building site regularly and instructed the construction team at site how to proceed in assembling the beams with Peikko PCs® Corbel system.

“These were the most valued benefits of us cooperating with Peikko,” Moreno concluded.

Why to use Peikko’s solution in making a rigid element frame?

The assembly process was faster and safer than traditional systems because it was not necessary to brace the columns, which in this particular project, would have been difficult and insecure. 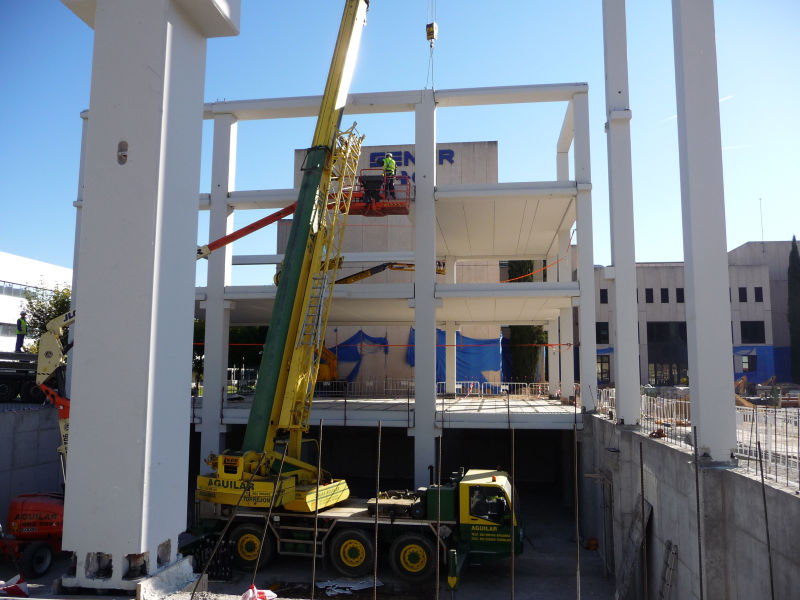 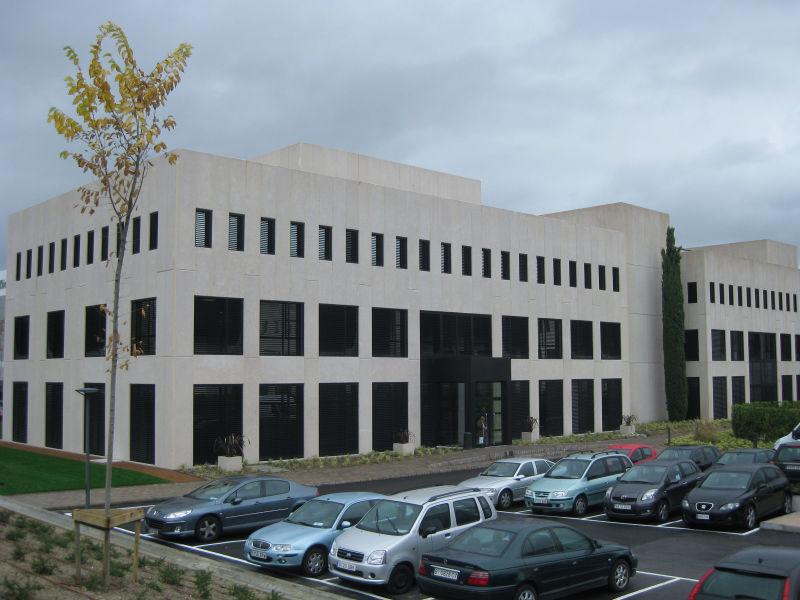 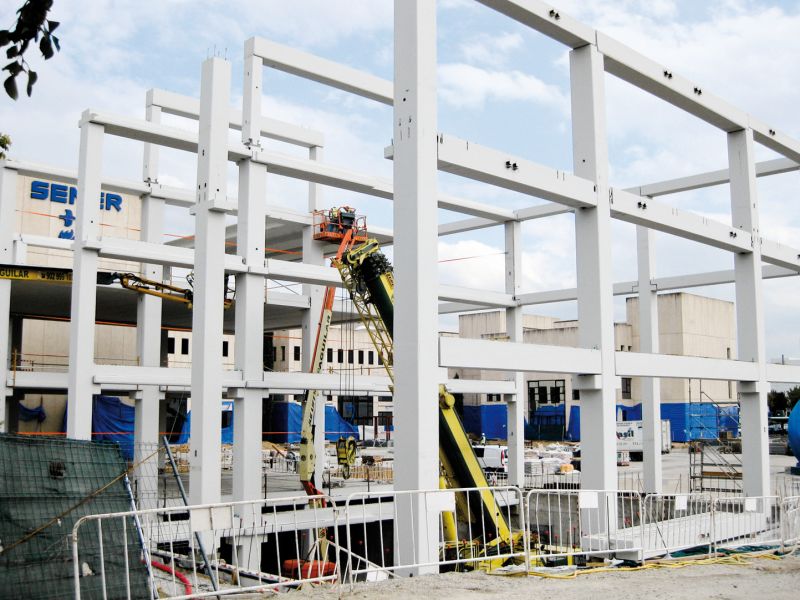